What’s the difference between antivirus and anti-malware? 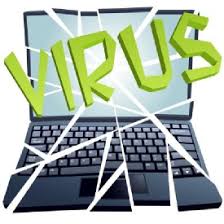 Antivirus is a confusing matter: it’s called antivirus, but there are tons of other types of malware out there. So…do those programs also scan for spyware, adware, and other threats? Here’s how to make heads or tails of it all, and which tools you can trust to keep your PC clean.

A virus is a piece of code that is capable of copying itself in order to do damage to your computer.

Viruses are considered to be legacy threats. By this we mean: they’ve been around for a while and haven’t changed all that much.

There are key differences between antivirus and anti-malware software that go beyond semantics.

Malware is an overarching term which consists of all kind of malicious software. A virus is also a Malware, but a Malware is not always a virus.

Malwares can be used for things such as stealing credit card details, revealing passwords, and spreading spam, just to name a few.

Ransomware is the newest form of malware which is dominating cyberspace. It can encrypt data, lock the system access and demand that a ransom amount is paid in order for the computer to be unlocked.

So which one should you choose?

Your best bet is to use an antivirus program to catch the classic threats and an anti-malware program, like Malwarebytes Anti-Malware Premium, for the newer, more advanced dangers.

And you don’t have to worry about the impact of running two real-time scanners at the same time on your machine’s performance—most anti-malware software is lightweight, easy-to-run, and designed to work alongside antivirus.

All Android Emulator for Windows

Iconic One Theme | Powered by Wordpress